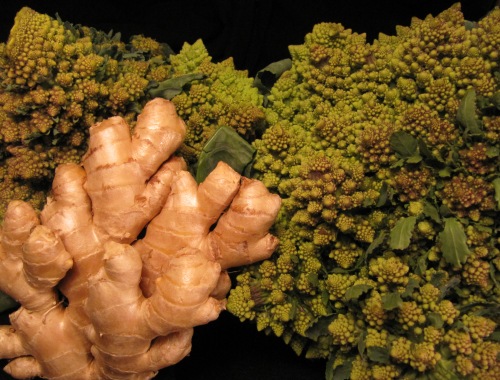 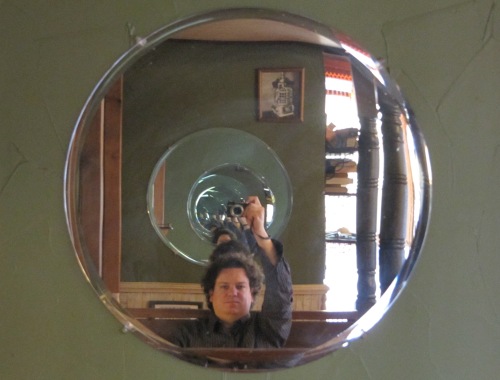 Under the influence of e.g. Guy Claxton’s Hare Brain, Tortoise Mind, I increasingly think that David Chalmers is wrong and that in fact we do live in his parallel thought experiment universe of philosophical zombies.

Or like the various proxies of the Puppet Master in Ghost in the Shell, we have all been ghost-hacked and are in fact shell-selves who vanish under scrutiny.

À la three posts ago (“Tithing for Metaphysics,” 23 July 2010), I was only using the James Webb Space Telescope as a pretext for a tirade on the political economy of big science and discovery being as much a product of labor and capital — just rarified forms — as other endeavors. The James Webb Space Telescope is starting to come together now and this unusual picture from NASA is getting a lot of play. Here are six out of the eighteen mirrors that will together comprise the main reflector of the telescope about to go into cryogenic testing at the Marshall Space Flight Center. 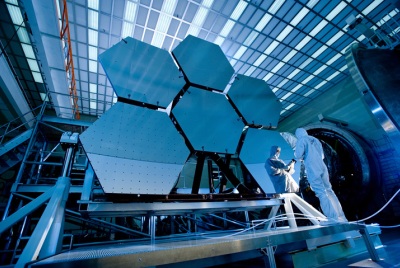 It’s worth noting here that science inadvertently results in a lot of images that could be considered as art — the various images generated by particle accelerators being a favorite here. It’s also worth noting that an independent review panel recently concluded that the project will go $1.5 billion over budget and run a year behind schedule, unless NASA comes up with $500 million more to get it back on schedule (Gupta, Sujata, “Over-Budget Telescope Threatens Other Projects,” New Scientist, 16 November 2010). That’s another $14.50 per taxpayer, bring our total contributions up to $47.40 each — a small price to pay for photographs of infinity. 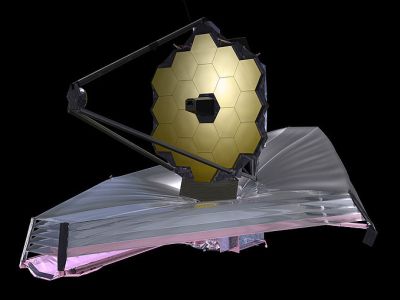 In 2014 a consortium of NASA, the European Space Agency and the Canadian Space Agency will launch the James Webb Space Telescope into a solar orbit at the L2 point, permanently in the shadow of the Earth.

According to the Wikipedia article, the primary objectives of the James Webb Space Telescope are four:

The expected ten year mission life will cost the consortium an estimated $4.5 billion, or about $32.60 per U.S. taxpayer. At this late stage it’s just an accepted commonplace that the government funds large science projects, but how strange it is that the pursuit of such sibylline truths as the origin of the universe and the formation and evolution of galaxies should be deemed worthy of the expenditure of billions of dollars of the public money (also strange that the perspective of biology has expanded to the point where a telescope would be considered a device essential for the study of the origin of life).

And of course these space telescopes are but a small piece of a giant system of university faculty, journal publishing, government agency bureaucracy, government contracting (Northrop Grumman Aerospace Systems is the prime contractor for the James Webb Space Telescope), far-flung observatories atop mountains in exotic locales, laboratories cum cavern and valley-spanning machines (cyclotrons, synchrotrons, tokamaks, scintillators, laser interferometers). Somehow the truths offered by cosmology have been determined to be of such import as to command budgets into the tens of billions drawn from the coffers of the whole society. And it’s worth noting that as many of these projects are carried out by intergovernmental consortiums, they are not only national projects, but civilizational and sometimes global efforts.

What bizarre conception of the truth have we worked ourselves around to that the most advanced machinery that the species is capable of constructing are necessary for these expeditions? In a certain sense, there is something striking about religion, in that theogony seems like the kind of thing that should be without costs. 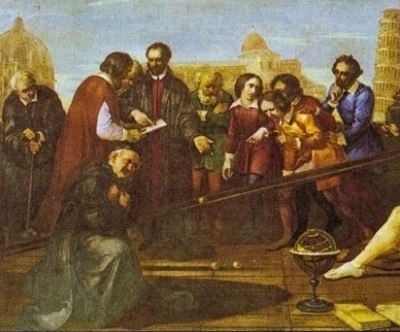 But more realistically, truth is a product of the expenditure of labor. When our system of the world was young, and much of nature was laying about as yet undiscovered, little labor was required for new insights. Mere reflection could in many cases suffice. As our system has matured, greater labors have been required (the decreasing marginal utility of verum quaerere). Apparatus became necessary — simple at first, but of growing complexity. Galileo — the great yeoman of the truth — could sire science with little more than an inclined plane. But the contrivances needed to trick out the next most obscure natural effects, to bring the investigation under sufficient control for observations to be made, to limit the range of effects to just those under scrutiny, to achieve consistency in repetition, the energy and materials necessary to proceed to ever more exotic realms of effects, all of these things have undergone similar developments as the rest of our labors: massive injections of capital replacing labor, but also extending our activity into realms that would previously have been impossible, no matter the amount of labor available.

In our era, production of new and novel truth has become perhaps the single most capital intensive — both durable and financial — endeavor in which we engage.

Regarding the possibility of the Earth remaining hidden from detection by alien civilizations by running silent, New Scientist points out that it’s already too late (Shostak, Seth, “It’s Too Late to Worry That the Aliens Will Find Us,” 3 July 2010):

We have been inadvertently betraying our presence for 60 years with our television, radio and radar transmissions. The earliest episodes of I Love Lucy have washed over 6,000 or so star systems, and are reaching new audiences at the rate of one solar system a day. If there are sentient beings out there, the signals will reach them.

For physicists to complete the entire task of physics without ever having set out from Earth to explore the universe — and the ratio of comprehension to capability here isn’t even close — would be like the old ideal of the rationalist philosopher who might deduce the entire system of the world from a sturdy chair in his study, or like Emily Dickinson who might feel a whole life through her Amherst window.  On the other hand, should it be possible, it will be a minor demonstration of the homogeny of the universe: it will have turned out that any given place was as good as any other for the task of comprehending the entirety of the thing.

Marching Under Banners
Create a free website or blog at WordPress.com.