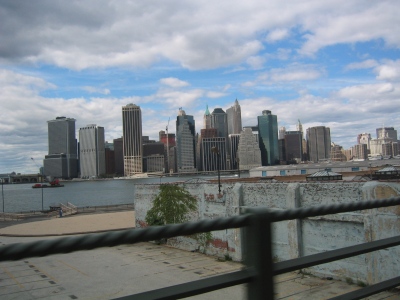 Every visit I make to New York is a painful reminder what a grim and slender existence one leads living in Washington, D.C. For some time now two large comparisons have been part of my usual refrain.

A few other observations about New York and D.C.: