Last night I had a dream that I was making a dumpling soup.

So today I made one.

Until very recently I’ve never used anything more than a few tablespoons out of a bag of flower for a roux or a thickener. Lately I’ve been doing a lot of very flower-centered work in the kitchen, despite not having had a working stove for the entire six years that I’ve lived here (see “Tyler Durden’s House,” 15 April 2007). But tonight was the first time I’ve ever made anything that required me to knead and allow rest. 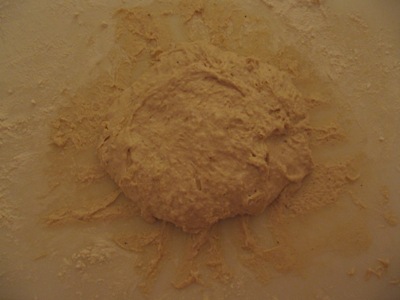 I could almost hear Alton Brown’s voice explaining the formation of the gluten structures and the importance of the right balance of kneading and rest to texture.

Anyway, cut off spoon-sized pieces, ball them up, drop them in the boiling pot and violà: 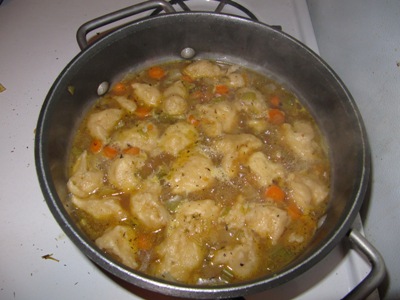