One of the amusing stories coming out of the 2008 Beijing Olympics opening ceremonies is that it turns out that a portion of the video feed of the fireworks display was actually a computer simulation spliced into the broadcast. The fireworks were set off, but planners determined that they wouldn’t be able to film them as well as they would have liked, so they manufactured a version of them according to how they wanted them to have been filmed (Spencer, Richard, “Beijing Olympic 2008 opening ceremony giant firework footprints ‘faked’,” Daily Telegraph, 10 August 2008):

Gao Xiaolong, head of the visual effects team for the ceremony, said it had taken almost a year to create the 55-second sequence. Meticulous efforts were made to ensure the sequence was as unnoticeable as possible: they sought advice from the Beijing meteorological office as to how to recreate the hazy effects of Beijing’s smog at night, and inserted a slight camera shake effect to simulate the idea that it was filmed from a helicopter.

Increasingly computer graphics will come to be the norm, what’s really “real” and the merely material world will become the anomaly. Already we’re at the point where the big story about the latest Batman film was not the CG, but that the stuff that would usually be CG wasn’t CG (e.g. Brown, Scott, “Dark Knight Director Shuns Digital Effects For the Real Thing,” Wired, vol. 16, no. 7, July 2008, pp. 122-127). Already people are talking about augmented reality. The problem that I have with, say, Google maps and other special data, is that it’s stuck in a little box in my hand. Where it belongs is overlayed onto the world. Real-world objects are the ultimate representational tokens.

Or, to turn things around, my favorite performance of the night was the “movable type” arrangement of 897 actuating blocks that raised and lowered to create patterns like a waving flag and ripples in a pond. My first reaction was that it must be computer control that created the images of waves and ripples. I wondered at how much that many hydraulic lifts must have cost and tried to imagine the programming that could produce those patters. The first time the camera panned low and showed human legs standing and squatting I was amazed.

This was an instance of “natural” things “simulating” machines. What we were watching was giant wooden pixels. What was amazing about this performance was that humans could achieve this machine-like level of control and precision. 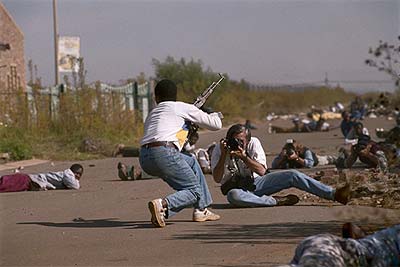 But of course I don’t need to go to bizarre lengths. The more traditional means of artifice are well documented. There’s a reason that they call it media (middle, medium).